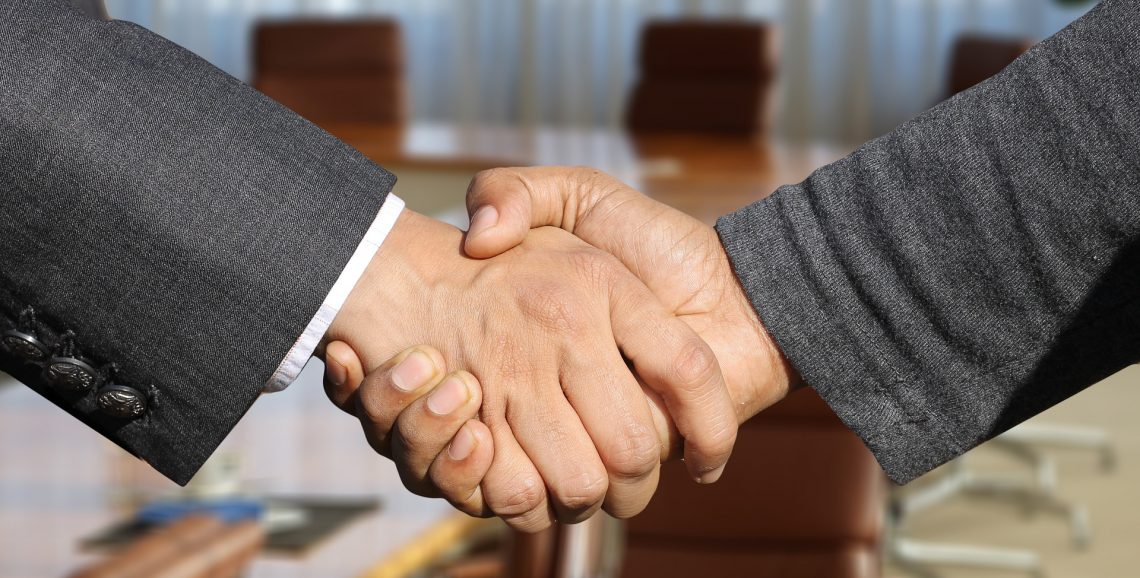 For as long as humans have been around, promises and covenants have been made in order to accomplish various goals, establish relationships and trust, and to move things forward. We make promises and covenants every day, from agreeing to attend our family or friends’ latest gathering to signing legally binding agreements. While many agreements may require legal documentation making it harder to back out of, many promises are simply verbal and can easily be abandoned.

We’ve all seen and heard various companies making all sorts of vows and claims on their products and services; politicians, new managers, and other figures promising to be the next best thing; and of course the regular people we interact with on a daily basis making all kinds of promises big and small, with all of them letting us down quite often at the end of the day. With lying and broken promises and vows so common, it leads us to wonder if there are in fact any good people left out there – people who still value morals and whose belief system holds them to a higher ethical standard. In fact, there are quite a few belief systems which hold their believers to a higher moral standard, namely Islam, which will be our focus.

With promises and covenants instilled so deeply within society, Islam has highly stressed the importance of fulfilling one’s vows, while warning its believers of the serious consequences they will face if they were not to fulfill them. Additionally, honesty, which the Prophet Muhammad (PBUH) is known for and is also directly related to keeping one’s vows, is a characteristic highly emphasized by Islam with numerous verses and narrations on the topic.

It is quite telling when one realizes that which God the almighty hates the most, especially considering how widespread the practice is in society.

In another verse, God equates those who break their agreements with the vilest of animals:

“Indeed, the vilest of animals in the sight of Allah are those who have disbelieved, and they will not [ever] believe – the ones with whom you’ve made a pact and who then break their pact every time, and they do not fear Allah.” (8:55-56)

This verse was revealed at a time when a tribe entered into a pact with the Muslims, only to break their pact over and over again, making various excuses for their violations. While the previous eye-opening verses offer us insight into how breaking one’s promise is viewed by God, the next verse warns all Muslims that they will be inquired about every single promise they have made on the Day of Judgment:

“…and fulfill the promise; surely (every) promise shall be questioned about.” (17:34)

If people were to be questioned about every single promise they have ever made, would they not think twice before breaking their promises?

The following quote from the Prophet of Islam (PBUH) goes on to describe an important requirement for those who claim to believe in Allah:

“He who believes in Allah and the Day of Judgment must fulfill his promises.”

The Prophet (PBUH) even questions one’s entire faith with the absence of a covenant:

“The person who has no covenant has no faith”

“He who has these three things should be considered a hypocrite, even if he performs the daily prayers, observes fasting and thinks that he is a Muslim: breach of trust, lying and breach of promise.”

In Islam, a person’s rank with God and in the hereafter, determines their true, eternal rank. The hypocrites, according to the Quran, hold the lowest rank in hell. The following verse from the Quran is a testament to that.

“The hypocrites will be in the lowest depths of the Fire: no helper will you find for them.” (4:145)

The Quran also talks about those who fulfill their commitments and how they are loved by God:

“But yes, whoever fulfills his commitment and fears Allah – then indeed, Allah loves those who fear Him.” (3:76)

Keeping a vow or a promise is in fact so important that Allah says that a believer’s vow is in fact a vow from God:

“Fulfill the Covenant of God when you have entered into it, and break not your oaths after you have confirmed them; indeed you have made God your surety; for God knows all that you do.” (16:91)

Fulfilling your promises is also a means of having Allah reward us, as He says:

What are His obligations to us you may ask?

“Verily, I will expiate your sins and admit you to Gardens under which rivers flow (in Paradise)” (5:12)

The list of verses from the Quran and quotes from the Prophet (PBUH) are too long to list; however, a glimpse into what the Quran and the Prophet (PBUH) have to say about the matter indicates that Islam takes the issue of keeping one’s promises and commitments extremely seriously. While those who break their vows are considered to be the worst kind of people, the ones who fulfill their vows are considered to be highly favored by God.

Among the most admired traits of those who are faithful to Allah, fulfilling your promises is at the core of the most valued traits of the pious – those who fear Allah and who Allah loves them back. The following verse summarizes some key characteristics of the God fearing:

“It is not righteousness that you turn your faces towards East or West; but it is righteousness to believe in God and the Last Day, and the Angels, and the Book, and the Messengers; to spend of your substance, out of love for Him, for your kin, for orphans, for the needy, for the wayfarer, for those who ask, and for the ransom of slaves; to be steadfast in prayer, and practice regular charity; to fulfill the contracts which you have made; and to be firm and patient, in pain (or suffering) and adversity, and throughout all periods of panic. Such are the people of truth, the God-fearing.” (2:177)

In the future, if we or someone we know decides to break a promise or a pact, it may be worth remembering these verses and quotes.

4 Wife Marriage in Islam: Is it Allowed?

The Muslim Scientist Who Invented the First-Ever Robot!