Loading posts...
Home Article Who Was Solomon the King in Islam? 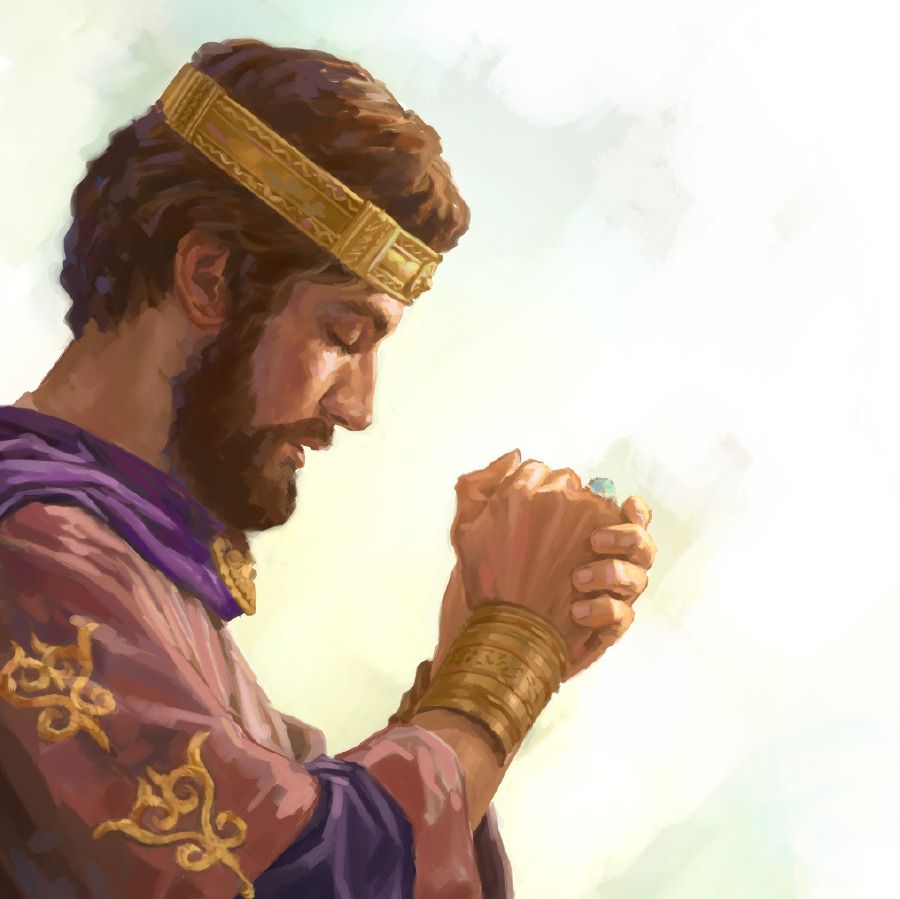 Did you know many of the Old Testament prophetic figures and patriarchs whose stories we grew up with are also revered as prophets in Islam? The stories of Noah, Abraham, Moses, Joseph, Job, and many other prophets are in fact mentioned, often in great detail, in the Islamic scripture the Quran. The accounts resemble each other in general, with differences in the details. The prophets appear in the Quran with Arabic variations on their names. Moses for example reads Mūsā, and Joseph appears as Yūsuf. In contrast to some people’s perception of Islam as a strange religion that has no connection with Christianity, the stories that Muslims grow up with as children differ very little from the biblical stories children in Jewish and Christian families grow up with. In this article we will examine the life of a well-known prophet, Solomon or Sulaymān as he is known in the Quran, from an Islamic perspective.

Solomon alongside his father King David or Dāwūd, are considered the greatest kings of the ancient Israelites who ruled with justice and wisdom. As Prophets and righteous rulers they hold a highly-respected status in Islam. Describing King David, a verse in chapter thirty-eight of the Quran reads ‘‘We strengthened his kingdom; We gave him wisdom and a decisive way of speaking’’ (38:20). Solomon’s father also receives divine revelation from God in the form the Psalms, or Zabur: ‘‘We gave some prophets more than others: We gave David a book of Psalms’’ (17:55). The Quran tells us that God gave Solomon as a son to David and how like his father had divine knowledge bestowed on him ‘‘We gave knowledge to David and Solomon’’ (27:15). It is narrated in the Quran that one day King David was asked to adjudicate a dispute between a shepherd and land-owner whose crops had been ruined by the shepherd’s livestock. Solomon shows his discernment by proposing a fair solution for both parties: ‘‘and We made Solomon understand the case, though We gave sound judgement and knowledge to both of them’’ (21:79).

Solomon succeeds his father and inherits his father’s good traits such as wisdom and righteousness. Also, just as his father David has a special relationship with the natural world; “We graced David with Our favour. We said, ‘You mountains, echo God’s praises together with him, and you birds, too’,” (34:10) so too does Solomon; “He said, ‘People, we have been taught the speech of birds, and we have been given a share of everything: this is a clearly a great favour’” (27:16). God bestows several unique abilities on Solomon, such as the miraculous ability to communicate with animals and a command of the wind; “We harnessed the stormy wind for Solomon, so that it sped by his command to the land We had blessed- We have knowledge of all things” (21:81).

God answers Solomon’s prayer for a great kingdom “He turned to Us and prayed: ‘Lord forgive me! Grant me such power as no one after me will have- You are the Most Generous Provider,’” (38:35). Solomon’s rule is seen by Muslims as an example of divinely-appointed rule in which justice reigned. In addition to Solomon’s ability to communicate with animals and control the wind, the Quran describes the subservience of supernatural beings known as jinn to Solomon, “And some of the jinn worked under his control with his Lord’s permission” (34:12). By bestowing these abilities and resources on Solomon, God enables the Israelites to flourish under his reign. The Quranic narrative goes on to describe building projects and the development of infrastructure in Solomon’s reign. “They made him whatever he wanted- palaces, statues, basins as large as water troughs, fixed cauldrons. We said, Work thankfully, family of David, for few of my servants are truly thankful” (34:13). During his reign Solomon builds a temple for the worship of the one God.

One of the significant events in Solomon’s life recorded in the Quran is his encounter with the Queen of Sheba. One day when Solomon is inspecting his birds he finds that his hoopoe is missing. It is not long before the hoopoe returns with news for King Solomon. The hoopoe has returned from Sheba in Southern Arabia and begins to describe the ruler and the riches of her kingdom. The hoopoe relates to Solomon that the people of her kingdom worship the sun, rather than the one true God. Solomon decides to send the Queen, known as Bilqis in Islamic tradition, a letter inviting her to the worship of God. She responds by sending her envoys to Solomon with a gift. Solomon, whose kingdom has vast wealth, rhetorically asks the queen’s envoy if they think he needs their wealth, telling them that he values what God has already given him. Solomon is offended at how the envoys and their kingdom seem to flaunt their wealth and turns back the queen’s emissary.

Eventually Bilqis decides to come to Solomon’s palace. When she enters the king’s palace she is overwhelmed by its majestic construction. She feels regret for her previous association with the worship of anything other than God and decides to enter Solomon’s religion; “Then it was said to her, ‘Enter the hall,’ but when she saw it, she thought it was a deep pool of water, and bared her legs. Solomon explained, ‘It is just a hall paved with glass,’ and she said, ‘My Lord, I have wronged myself: I devote myself, with Solomon, to God, the Lord of the Worlds’” (27:44). Solomon’s palace was so elegantly constructed with glass that at first she mistook it for a pool. The magnificent palace was a sign to the Queen of Sheba of the divine nature of Solomon’s kingdom, so much so that she decided to embrace Solomon’s religion.

When Solomon passes away according to the Quran, the world goes on unaware of what has happened. A little worm gnawing away at the king’s staff causes his body to eventually fall over. This is a sign of God’s exclusive knowledge of the unseen, for nobody, not even the supernatural jinn caught up in their tasks realize; “Then, when We decreed Solomon’s death, nothing showed the jinn he was dead, but a creature of the earth eating at his stick: when he fell down they realized- if they had known what was hidden they would not have continued their demeaning labour” (34:14). Many similarities can be drawn between the Quranic and Biblical narratives, although they differ in certain respects. What is significant is the reverence for King Solomon in both traditions and that he remains a figure from who millions draw inspiration to this day.