Loading posts...
Home Article Story of Habil and Qabil (Cain and Abel) in Islam: The Sons of Adam 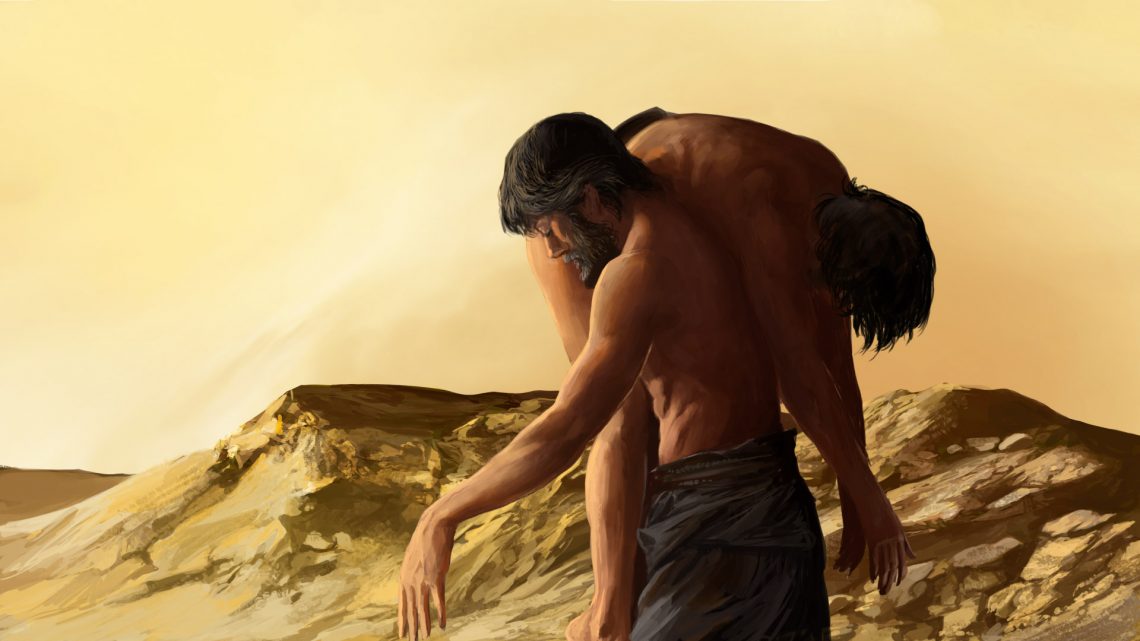 Story of Habil and Qabil (Cain and Abel) in Islam: The Sons of Adam

The story of Cain and Abel is famous among many people, and is known by Muslims and non-Muslims alike. It is described as one of the finest stories in the Quran, depicting a person of faith who is unattached to worldly belongings (Abel), and another person, his brother Cain, who is filled with greed and envy. As Cain and Abel were the sons of Adam and Eve, the article starts with a synopsis of the story of Adam and Eve in the Quran and in the Bible, and it then describes the story of the two brothers as it is told in these two Holy Books. As this story also counts as one of the prophetic stories, the article will also make mention of famous prophets in Islam.

A brief summary of the story of prophet Adam and Eve, known as the story of Adam and Hawa is Islamic tradition, serves as a reminder of who the parents of Cain and Abel were. After God created the earth, he also made the first man, calling him Adam. Adam lived in a beautiful place called paradise, and God created another human being for him, as Adam was lonely. This was the first woman, called Eve, or Hawa in Islam. God had requested Adam and Eve not to eat from a particular tree in paradise because if they did, it would mean that they would have to leave paradise.

However, there was one angel called Iblis, who had refused to show respect to Adam when created by God, and was thus disgraced and kept separately from the other angels. As he had a grudge against Adam, he plotted to try to persuade him and Eve to eat fruit from the tree that God had forbidden them to. Adam and Eve did eat from the tree and subsequently they had to leave paradise and live on earth. Although God forgave them, they could not stay in paradise. The subsequent story of two of the sons of Adam and Eve follows.

Cain and Abel in the Bible and Quran

The story of Cain and Abel is narrated in the Bible in Genesis chapter four. It commences with the story of Adam and Eve, and Eve first bearing a child named Cain, and thereafter Cain’s brother Abel. It also describes how these two, as men, were leading separate lives, both with different livelihoods. The Bible narrates that the two brothers both brought a sacrifice to God; Abel’s sacrifice was from his flock of sheep, as he was a shepherd, and Cain’s sacrifice was from the tillage of his land, as he was a farmer. We are told that God was pleased with Abel’s sacrifice, but not with Cain’s. This is because Abel selected the best from his flock as a sacrifice for God, but Cain did not choose his best land to offer to God. God was satisfied with Abel, but not with Cain. Cain thereupon became envious of Abel’s good position with God, and decided to lure him in to the fields to kill him. When God asked him what had become of Abel, he denied knowledge of the whereabouts of his brother.

God branded him with a sign, and sent him away out of his homeland. Far away from his homelands, he married and had offspring, but two of his sons, named Enoch and Lamech, turned out to be killers. In the meantime, Adam and Eve were granted another son, named Seth, who was to compensate them for the loss of Abel.

Cain and Abel in the Quran

In the Quran, different names are used for Cain and Abel, namely Habil (Abel) and Qabil (Cain).

The Quran refers to the story of Habil and Qabil as follows;

Relate to them truly the account of Adam’s two sons.

When the two of them offered an offering,

it was accepted from one of them

and not accepted from the other.

[The other one] said, ‘Allah accepts only from the God wary.

Even if you extend your hand toward me to kill me,

I will not extend my hand toward you to kill you.

Indeed, I fear Allah, the Lord of all the worlds…’

The Quran continues the story, describing what Cain did next;

So his soul prompted him to kill his brother

and he killed him,

and thus became one of the losers.

What follows is an exhortation to cherish and protect life, after the first murder on earth is committed by Cain;

That is why We decreed for the Children of Israel

that whoever kills a soul,

without [its being guilty of] manslaughter

or corruption on the earth,

it is as though he had killed all mankind,

and whoever saves a life

it is as though he had saved all mankind.

In historical sources, as well as interpretation of the Quran, and hadith literature or narrations, it is narrated that Habil was chosen as the successor to his father, despite being the younger brother. Qabil did not believe that this was by the order of God, and was unhappy with the choice, becoming envious of his younger brother. Their father, Prophet Adam, then told them that they should both make an offering to God, and that his successor would be the one whose offering was accepted by God. Habil offered the best of his produce from the field, and his was the offering that was accepted. Qabil told Habil he would kill him, and after this deed, having ambushed him in the fields, upon seeing a crow trying to bury another crow it had killed, he became remorseful.

In Islamic exegetical sources the descendants of Qabil are also described negatively. His descendants are reported to have perished in the Great Flood of Noah, as they had been committing sins such as adultery, drunkenness, and gambling. Thus, the lineage of mankind continued through Adam and Eve’s other son, Seth.

The Story of the Seven Sleepers in the Quran

There are traditions in Islam that estimate the number of prophets at around 124,000, though only 26 are mentioned by name in the Quran. The first prophet mentioned in Islam is Prophet Adam, with Prophet Muhammad being the last prophet. The prophets mentioned in the Quran are: Adam, Idris (Enoch), Nuh (Noah), Hud (Heber), Saleh (Methusaleh), Ibrahim (Abraham), Lut (Lot), Ismail (Ishmael), Al-Yasa (Elisha), Zulkifl, Ilyas (Elijah), Ayyub (Job), Yunus (Jonah), Ishaq (Isaac), Yaqub (Jacob), Yusuf (Joseph), Shu’aib (Jethro), Musa (Moses), Harun (Aaron), Dawood (David), Sulaiman (Solomon), Zakariya (Zechariah), Yahya (John), Isa (Jesus), and Muhammad. Of these prophets, the ones who came with new sets of laws for the people are Noah, Abraham, Moses, Jesus and Muhammad. Non-Muslims will recognise some of these names, as many of these biblical figures are important in Islamic belief.

In Islam, as with the other Abrahamic faiths, the aim of the prophets is to guide people to the importance of spiritual life and the hereafter over and above the material world, as well as to reform the social conditions of the people. The first aim is therefore to guide to the worship of the one God, and secondly to establish justice and equity in this worldly life.

Who is the first killer in Islam?

One of the most salient points of the story of Cain and Abel is that it describes the first act of murder committed on earth. The murder of an innocent person is considered a major sin in Islam. The story of Qabil and Habil presents this first murder in human history, the motivations of the killer Qabil, and emphasizes to mankind the universal value of the sanctity of human life.

The purpose of this article was to present the story of Cain and Abel in Islam, and to reiterate that this story is connected to the story of prophet Adam. The prophet Adam’s story is not described in full detail here, as it merits its own discussion. The significance of the story of Cain and Abel is striking, especially as people of different religions about the taking of an innocent life is so well-known amongst non-Muslims too. Hopefully this brief narration of the story will lead the reader to other prophet stories. Many other prophet stories in the Quran will be familiar to the non-Muslim reader too.