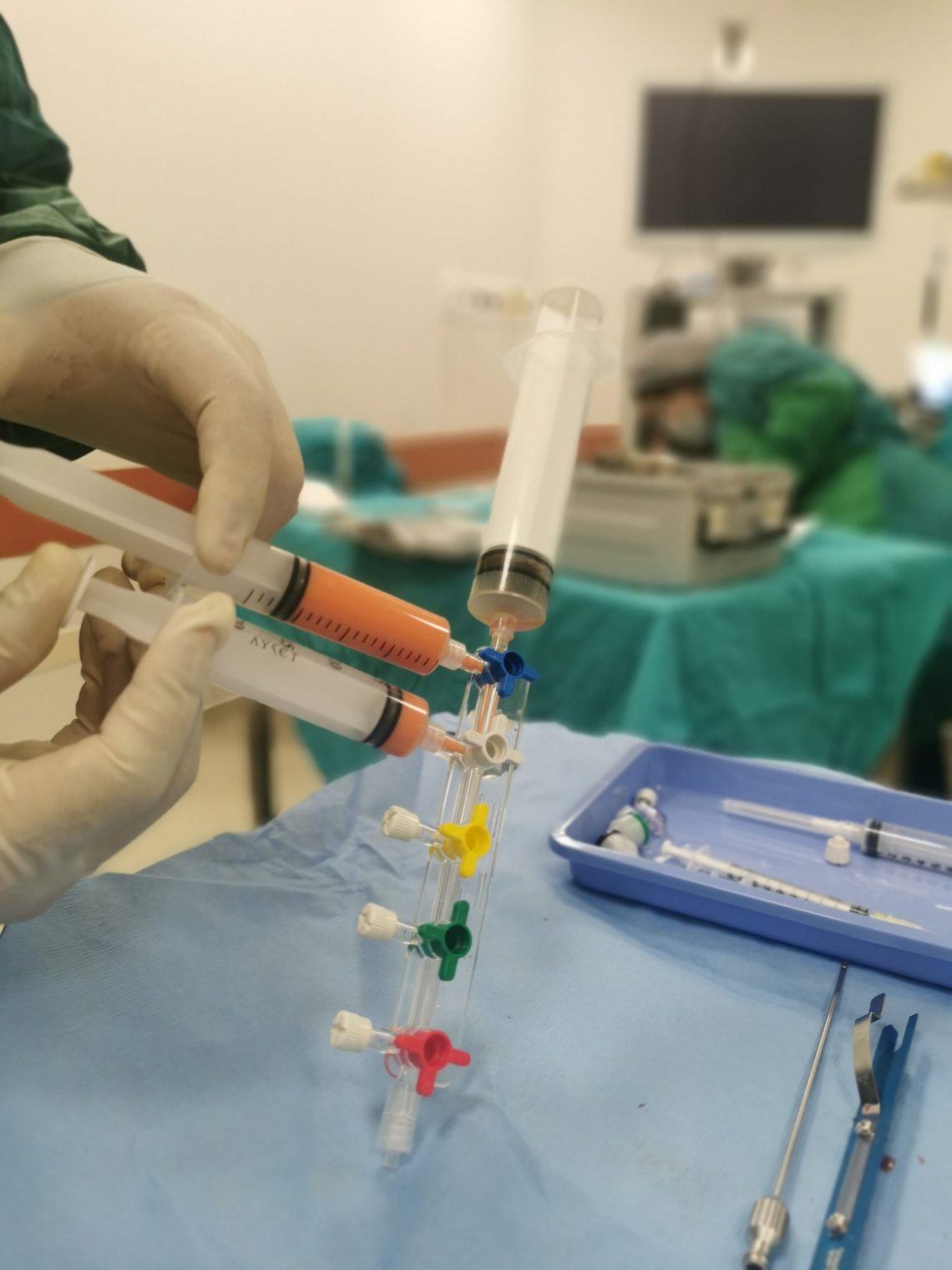 One of the major contributions by Muslim physicians to medicine in the Islamic Golden Age was in the field of surgery, and it is a commonly held view that the work of a 10th century Muslim surgeon by the name of Abu Al-Qasim Al-Zahrawi revolutionised surgical procedures. This article will describe his many contributions to surgery, and also consider the roots of modern pharmacy. Al-Zahrawi was also known as the “pharmacist surgeon.” In the West, he was also known as “Abulcasis.”

A brief biography of Al-Zahrawi

Islamic Spain saw one of the most prosperous periods in Islamic history, with a flourishing of the sciences and academic endeavours such as philosophy, astronomy, mathematics and medicine. Figures such as Al-Zahrawi is a testament to that legacy. He was born in Zahra, just outside of Cordoba in Spain, then known as ‘Al-Andalus’ in 936 AD. It is said that his family was originally from a town called Al-Ansar Al-Madina, in modern-day Saudi Arabia.Al-Zahrawi studied, taught, and practised medicine and surgery in his native Al-Andulus his whole life and became renowned as one of the greatest physicians of his time.

He was employed as court physician to the second caliph of Cordoba, Al-Hakam II, and afterwards to Al-Mansur, the de facto ruler of Muslim Spain after the death of Al-Hakam.

He has been called the “father of operative surgery”, and also the “greatest medieval surgeon of the Islamic world and the Middle Ages.” In the illustrated surgery section of his 30-volume medical encyclopedia called “Al-Tasreef”, he covers general surgery as well as specialist areas such as ear, nose and throat, head and neck, obstetrics and gynaecology, urology, and orthopaedics. The surgery section was divided into three parts: one on cauterisation, one on incisions, perforation, venesection and wounds, and one on bone-setting. It has been said that “surgery would have lapsed entirely but for the work of Zahrawi.” Before the advent of Islam, surgery had not been taught in most medical universities, and hence “ignorant barbers” were wielding the knife. Zahrawi combined the knowledge of ancient Greek and Roman physicians and surgeons with his vast knowledge of Islamic medicine and pharmacology. He “pioneered surgical technique with the invention of numerous surgical instruments and with several revolutionary surgical techniques.

After Zahrawi’s works had been translated into Latin, his writings became highly influential in the West, and it is generally agreed upon that his teachings in surgery were the most advanced available until the thirteenth century AD.

What was Al-Zahrawi famous for?

Zahrawi produced many innovations, and was prolific in many areas of surgical expertise that it is difficult to list all his contributions in detail. During his lifetime, he produced a 30-volume medical encyclopedia, and the following inventions and achievements that are highlighted provide only a cursory overview of his contributions.

He was famous for inventing over 200 surgical tools, and his book “Al-Tasreef” was used as a reference in leading European universities for over 500 years. Amazingly, he was the first physician to describe the cause of paralysis, saying that it eventuated from a fracture of the spine.

Zahrawi used a particular combination of chemicals to sterilise surgical tools, which is nowadays achieved with anti-bacterial agents.

Another of his areas of expertise was neurosurgical diagnosis, which included the management of head injuries, spinal injuries, skull fractures, and also the abnormality now known as hydrocephalus.

He was the first physician to explain in detail the condition of haemophilia, and also well-known for using “catgut”(the intestines of small animals)for suturing internal cuts and wounds during surgery, a method which continues to be used right up to this day.

His work was translated from Arabic into Latin around one hundred years after his death, and it must have gained wide readership as a result of that. For example, the oldest known medical manuscript in England, dating back to 1250 AD, is said to have had a startling similarity to Al-Zahrawi’s encyclopedia.

Some of his most interesting inventions are his 200 or so tools for surgery, amongst them tools for C-sections, and for cataract surgery. Importantly, all the tools for surgery that he devised were also illustrated in his medical encyclopaedia.

He even specified the method for reducing a dislocated shoulder, known later as “Kocher’s method”, which is again still being used. Another procedure well-known to the present day, and the procedure which is used as needed, is the tracheotomy operation; Zahrawi first performed it as an emergency operation on one of his servants.

The Islamic roots of modern pharmacy

Al-Zahrawi’s encyclopedia also contains a section on pharmacology and therapeutics, with discussions on a wide range of drugs such as cardiac drugs, laxatives, as well as dietetics and drug substitution. He had also written a separate work called “Liber Servitoris”, which dealt with how to prepare simple and compound complex drugs that were used in those days.

Pharmacy as an independent profession and Ibn Al-Baitar

Ibn Al-Baitar, born in 1197 AD, in Malaga, Southern Spain, is another of the great scientists of Muslim Spain, and also one of the famous pharmacologists. He was a famous botanist, a herbalist, and the author of “Choice of Ordinary Medicines”, a famous and popular book of medicine.

During the “Golden Age of Islamic Medicine”, part of the “Islamic Golden Age” from the 9th to the 13th century, the work and endeavour of these scientists and physicians had flourished. The scientists and physicians were employed by the Muslim rulers, who considered success and progress in the scientific field an end worth pursuing in its own right.

In the scientific centres of Baghdad, Damascus, Cairo, Cordoba and Granada, scientific institutions such as schools, libraries, universities were established, and the first pharmacies were also established in these cities. Thus, these cities soon also attracted medical professionals from all over the world. Pharmacy as an independent profession grew from these endeavours of Muslim scientists and physicians. The first hospitals with permanent pharmacies were also set up in these cities.

It is impossible to discuss modern medicine, pharmacy and surgery without referring back to the foundations laid by the Muslim or Arab scientists and physicians. One of the interesting points is the exchange between different cultures and geographical areas and their respective bodies of knowledge. The body of knowledge of the Greeks was translated into Arabic in the Islamic Golden Age and made available to the scholars, and the works of the Muslim and Arab scholars and practitioners were later translated into Latin, and thus this body of knowledge became available also to the Latin-educated Europeans. Our modern medicine, surgery and pharmacy finds a number of its pillars on the contributions of the Avicennas, the Al-Zahrawis and the Al-Baitars, going back over a thousand years to the Islamic Golden Age.

How Muslims Influenced the World of Philosophy

Muslim Scientists and Their Contributions