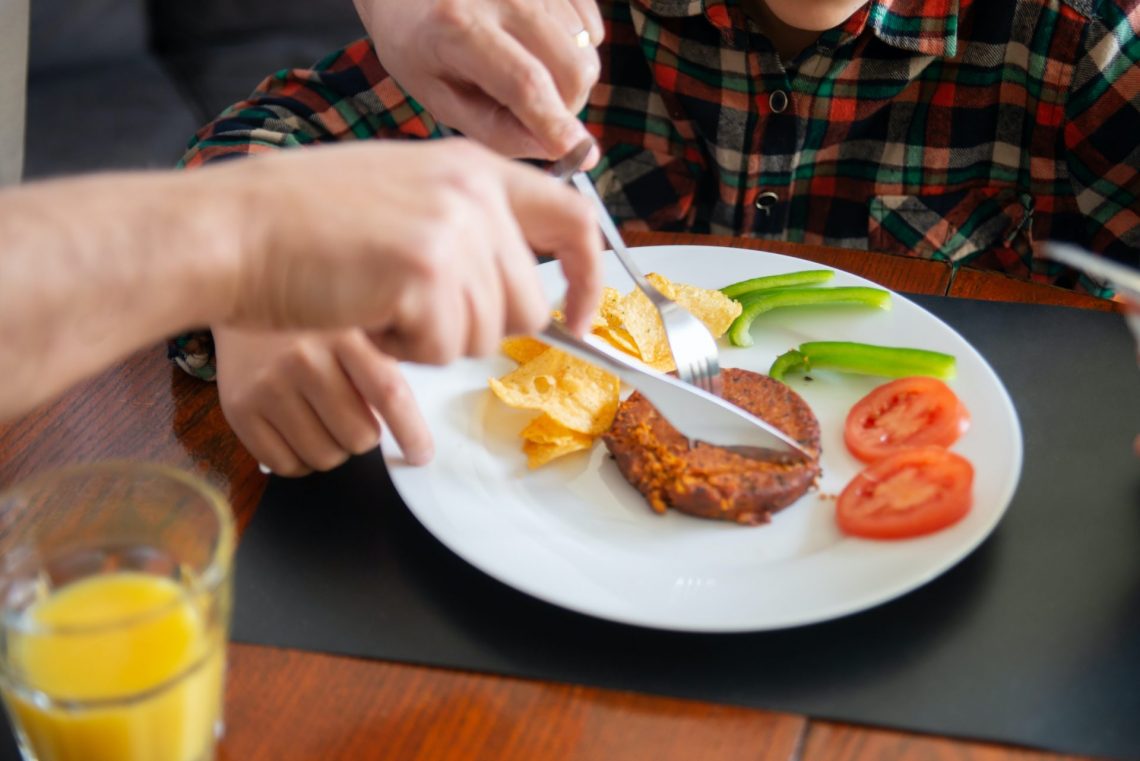 What Does Islam Say about Eating Etiquettes?

The importance of eating etiquette, or Islamic manners of eating

Islam has rules for all aspects of our daily lives, with the purpose of making our lives easier, and guiding us to be healthy and productive members of society. Many of the eating manners in Islam explained in this article are recommended or ‘mustahab’, but if observed, not only does the person gain the satisfaction of God, there are also health and/or spiritual benefits to be derived. Greater detail will be provided on some of this etiquette, others will simply be listed; they are numerous. The eating etiquette in Islam is derived from the eating and drinking habits of the Prophet of Islam, who presents the pinnacle of etiquette. As Prophet Muhammad is considered by Muslims as the most perfect example of a human being and free of flaws, observing his speech and conduct in all matters, food being no exception, provides Muslims with a “pattern” they can follow. The Prophet for example never consumed food or drink that was harmful.

Food and drink are of course the basic necessities for the human body to function, but in Islam the importance of what we eat plays a larger role, as we are unable to worship God well if our bodies are not receiving good nutrition. Likewise, we will not have the physical strength to undertake all the other duties required of us, whether it be as a parent, in the workplace, or as part of the extended family and community. This is why the etiquette of eating and personal hygiene from the Islamic perspective is an important one.

What does the Quran say about eating?

There are various references to eating and drinking in the Quran, and the following is just a small selection of different verses:

Eat of the good things We have provided you,

but do not overstep the bounds therein.

Eat of what is lawful and pure in the earth,

What are halal eating practices?

The division of food into halal and haram is well-known of amongst non-Muslims too, and it is an important part of Islamic jurisprudence. Certain animals are considered impure (“najis”), and it is forbidden to eat their meat. There are certain parts (fourteen exactly) of the body of ritually pure animals that are also prohibited to eat (“haram”), for example the marrow in the spinal cord, the blood, the spleen. Food should come from a lawful source (halal)

The reason why God has made some foods permissible for man, and others prohibited, is that everything the human being consumes not only enters the body, having a beneficial or detrimental effect upon physical health, it also affects mental/psychological health and spiritual health. In other words, Islam views the consumption of food and drink as having an impact on our mind, body and spirit. The body is considered as a vehicle for the soul, and if anything harms the body, it will likewise harm the soul.

In brief, some of the prohibited foods include carrion (the dead body of any animal), i.e. an animal that has not died by ritual slaughter. The carcass of an animal that is not freshly slaughtered is of course the place of a multitude of microbes that could be extremely harmful to health. Likewise, the prohibition of blood, as blood after death also becomes the location of many microbes. Pork is one of the prohibited foods that is most commonly known also by non-Muslims; the meat of pig contains a vast amount of parasites, and it is possible that not all parasites are killed using conventional methods.

Ritual slaughter is a complex topic, it suffices to say it is a requirement for Muslims to eat only of meat that has been slaughtered in the correct way, to the best of their knowledge.

Do not approach prayer when you are intoxicated,

[not] until you know what you are saying…

Washing hands before and after eating

The precise rule is that both hands are washed before a meal, and that after the meal, they are again washed, and dried with a dry cloth. It is narrated by Salman al-Farsi that the Prophet of Islam said, “the blessing of food consists in ablution before it and ablution after it.” Prophet Muhammad emphasized these rules of hygiene very much. Rinsing the mouth after eating is also a recommended action.

Saying God’s name before and after the meal

The phrase “Bismillah”, meaning in the name of God, should be said before eating, and also afterwards. If several dishes are served, it is also recommended to say “Bismillah” separately before each dish.

The Sunnah way of sitting while eating

In Islamic culture, it is still normal to sit on the floor for eating, having removed one’s shoes, and this was also the custom of the Prophet.

A brief summary of this etiquette is as follows;

In Islamic culture, the right hand is a symbol of blessing, and so many activities are performed with the right hand. Prophet Muhammad would only give things to people using his right hand, for example. The Quran also makes reference to the right hand;

As for him who is given his record in his right hand,

he will receive an easy reckoning,

and he will return to his folks joyfully.

Some of etiquette involves avoiding certain acts including;

The Prophet of Islam would even remove the drinking container away from his mouth if he needed to breathe; one reason is that it would have been improper manners and unhygienic to breathe into a vessel that someone else might also use.

This article provide only an overview of this topic; what matters in particular is that the reader has gained some insight into what eating and drinking etiquette involves and why it is so important in Islam. Outside of Islamic thought, the idea that what we consume affects not only our bodies, is not so unusual either. It is commonly understood nowadays that if we observe improper eating and drinking habits, or if we consume food that is harmful for us, we will impact not only our physical health, but also our mental, and emotional health. An unhealthy body will not be capable of the best reasoning, and our emotions will be less balanced. Islam brought this knowledge over 1,400 years ago, and to this day, science is vindicating some of this knowledge.